Verse 34 of the Old Testament says "So God blessed the 7th day and made it holy because on it God rested from all his tasks which he had ready in creation."

Now technically, this means that God has made seven days since he took a break from 'work', which basically refers to the creation of the universe. For more information on Community Christian Church, you may also check this link. 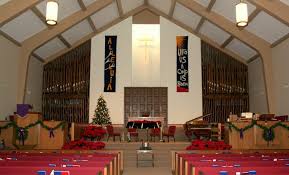 Christian Community Church believes that this is true, and therefore, the seventh day of the week is regarded as a period of rest, so as to follow the manufacturer sacred. However, there are some arguments related to the fact, how God could rest, and if he ever slept or not.

For this, Christian Community Church holds the notion that humans are God's greatest creation, and indeed, after the creation of the universe and human beings, in particular, his work completed.

There are also many other contentious mentioned in the sacred texts, such as Psalm 78:65 – "Then the Lord awoke as from sleep, as the wake from passing out wine" One can easily obtain the closure that God drank wine, but someone who recognize the teachings of the Church the Christian community knows that it is only a metaphor.